Technology Is Changing the Construction Industry

The nail gun, portable circular saw, hydraulic excavator, and cement mixer truck have been necessities in building houses for decades. Still, they are relatively new technologies that did not exist a hundred years ago.

Although the construction industry has been around for a long time, it has changed and evolved repeatedly. Without these tools that workers now use daily, the world will not look like it currently does. There would be no sky-scraping buildings and no elevators. Construction will take even longer.

However, while the construction industry has been open to new technological advances that will improve work, the companies that operate within it have been too slow to start using different tech. Whereas manufacturing companies willingly try augmented reality glasses or autonomous robots  — tech still in the development phases — construction companies have yet to utilize tech that has proven its potential in the real world. Construction companies continue to underinvest in new technology despite the promise of increased productivity.

For a long time, construction work has to happen on-site where the structure is meant to be erected. However, it is not always the most efficient and, not to mention, safe.

However, constructing off-site could limit the spread of illnesses in similar situations. The construction of a building in a factory requires fewer hands. According to the Steel Construction Institute, the number of workers needed for off-site construction was reduced by 75 percent.

In addition, off-site construction enables control over factors that, in the past, have been unpredictable or unavoidable. The weather, for example, is a major issue because it can halt construction work without warning. In a factory, the crew and the materials are protected from weather changes. 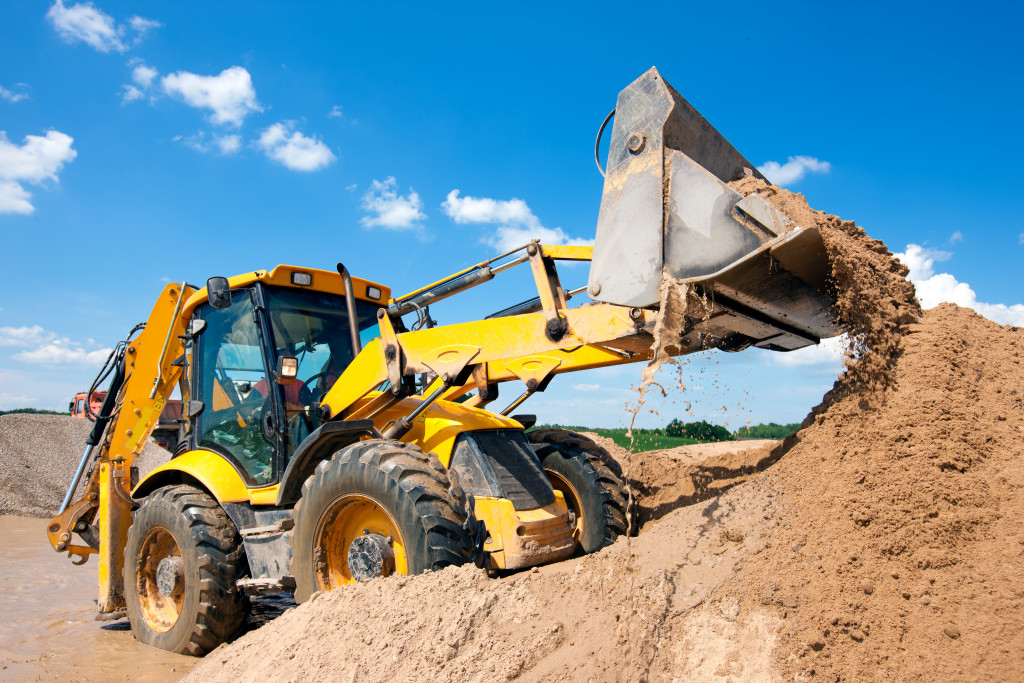 Currently, there is a massive shortage of construction workers, preventing companies from completing projects early. It is estimated that millions of workers are needed to be recruited in the next couple of years to satisfy the demand for new housing across the United States.

If more construction companies invest in developing and using robots in the field, companies can accelerate product completion despite worker shortages.

Robots are also being deployed on-site to monitor progress and detect any potential issues. Today, autonomous drones with high-definition cameras and LiDAR (light detection and ranging) can scan the entire site each day to measure accuracy.

A construction site is a huge space where multiple people have different jobs. It is hard to keep track. A lapse can lead to life-threatening accidents.

With sensors, the construction manager can monitor the activities throughout the entire site.

More companies are using wearables that gather vital health information about workers no matter where on the site they might be. The Apple Watch, for example, can detect when the wearer has fallen and can send out an alert to emergency contacts and services to ask for help.

Work in construction is dangerous. Accidents are common occurrences. A study found that construction worker deaths have risen by 41 percent between 2011 and 2019. Wearables, which are equipped with sensors, can prevent accidents by ensuring that workers are physically fit to work and then call for assistance in case of incidents.

Moreover, some sensors can track the movement and whereabouts of expensive construction machinery. Commonly-used heavy equipment is pricey. A backhoe loader for sale, for example, can be very expensive depending on size. Companies want to keep track of their equipment. Not only will it prevent expensive losses, but it will also minimize time wasted.

The construction industry is not seen as the most technologically advanced. Companies have been slow to adopt new technology, unlike other sectors such as retail and manufacturing. However, tech in construction is not just promising, but different new gadgets and devices are already changing the way houses, offices, and other structures are built.